The Grahas, roughly translated as planets, are more than simply planets hanging in space. They are part of the administration of Natural Law, which governs the whole universe. For example Surya, the Sun, represents consciousness; Chandra, the Moon, represents the cosmic mind; Budha, the planet Mercury, the cosmic intellect; etc. Graha  is a “cosmic marker of influence” on the living being of mother earth (Bhumidevi or Prithvi). In Hindu Vedic Astrology, the Navgrah (Nine planets or nine realms) are some of the major markers that point out the karmic influence on the behavior of the living beings.

The meaning of the word Nava is nine and Graha is a planet or a governing, grasping or knowing authority. The word Graha comprises all these connotations. Collectively these nine planets are recognized as the Navagrahas. The planets are worshiped for better fortune and to eradicate the bad fortune rising from earlier karmas or the Doshas which are the birth defects.

Significance Of Planets In Vedic Astrology

Planets in Vedic astrology rule over a particular zodiac sign. Only celestial bodies like Rahu and Ketu, which are not actual planets but points in the sky are not zodiac signs. Rahu and Ketu are the points where paths of the sun and the moon coincide with each other. According to Hindu mythology, Rahu is the North lunar node, or the head of the dragon while Ketu is the South lunar node or the dragon’s tail. Other planets rule the zodiac sign which complements their characteristics correspondingly.

For example, Jupiter rules the spirituality and artistic Pisces, while the fiery Mars rules the revolting Aries. While the sun rules the confident and haughty Leo, the moon rules the heart-melting Cancer sign. Some planets rule one zodiac sign while some rule two. Mercury rules two signs- both Virgo and Gemini while Venus rules Taurus and Libra and while Saturn rules Capricorn and Aquarius. 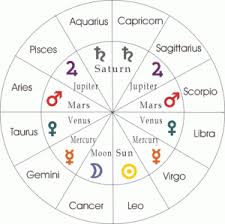 The nine planets and the corresponding zodiac signs in Vedic astrology.

As shown in the above diagram, there are nine planets in Vedic Astrology. These nine planets are the sun, the moon, Mercury, Venus, Mars, Jupiter, Saturn, Rahu (Dragon’s head) and Ketu(Dragon’s Tail).

Characteristics Of Planets In Vedic Astrology

Planets can be benefic (beneficial) or malefic (destructive). Jupiter, Venus, Mercury, and the moon are natural benefic planets. While the sun, Saturn, Rahu and Ketu are natural malefic planets.

The sun is the king of all planets. So, the sun’s position in a horoscope shows how powerful or inﬂuential a person is, or how noble he is. The moon is also a very important planet in Vedic astrology. The Hindu rashi depends on the position of the moon as well. Moon represents a creative and sensitive mind, and thus a person’s thinking. Moon is a feminine planet; it is related to a motherly and caring nature. Mars is a masculine planet and fierce in nature, which signify the energy of a living being and how he uses it. This planet also symbolizes energy, competitive spirit, athletics, and a volatile temperament.

The Malefic Three-Saturn, Rahu and Ketu

Saturn is a powerful planet and maleﬁc by nature. It rules over death and aging of the body. It brings bad luck and failures. Only astrological solutions can provide relief from the bad effects of Saturn. Rahu is also a malefic celestial body by nature. It causes frustration, irreligious habits, troubles from ghosts or evil spirits and dangerous diseases. In other words, it creates a chaotic life. Ketu, also like Rahu, is a destructive planet.

The aspects of planets in Vedic Astrology refers to the interchange of planetary energies. Aspect is basically the combination of planets that exist in a house at a given point of time in a person’s life. If the planets are natural malefic like sun or Saturn, then the result will be negative. However, if it’s benefic planets like Jupiter or Venus, the result will be positive. 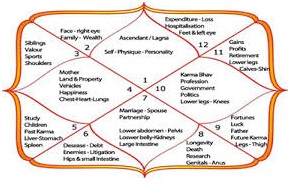 Chart of planets and their characteristics in Vedic astrology.

More Than One Planet In One House

The conjunction of planets in Vedic astrology happens when two or more planets occupy the same house. When this happens, it becomes very difficult to interpret such horoscopes. This situation can be very difficult for the concerned person who is living it. The effects of conjunction are determined by the relationship of these planets, whether they are malefic or benefic planets by nature, and the house or sign they are in. The strength of the planet is also taken into account.

If the malefic planet is weak and the benefic planet is strong, then the effects of conjunction will be benefic. However, the person may suffer from some imbalances in their behavior during this time.

Relationship Between Planets In Vedic Astrology 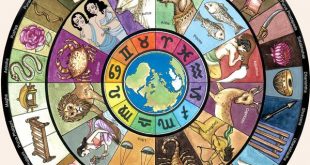 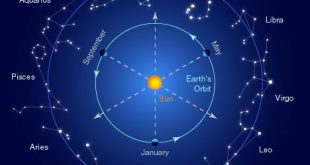